Neighbours, everybody needs good Neighbours”. This song sticks in my head throughout the day, as I embark on what is possibly the greatest adventure of any soap fan’s life. A trip to the Neighbours set and meeting one of its stars is the Mecca of the television world. Well, if you’re in Melbourne it is anyway. Our tour started when about 20 enthusiastic fans of the soap, which celebrates 30 years this year, crammed into the minibus emblazoned with pictures of the set and installed with a television on which to watch the beloved cast. The first stop was the studios themselves, where even if you’re not the die-hard fan, most people on the tour are and even if you only went out of curiosity and to say you’d “done it”, you can’t help but strike a pose in front of the Erinsborough sign. (Fun fact – Erinsborough is a loose anagram of Neighbours.) 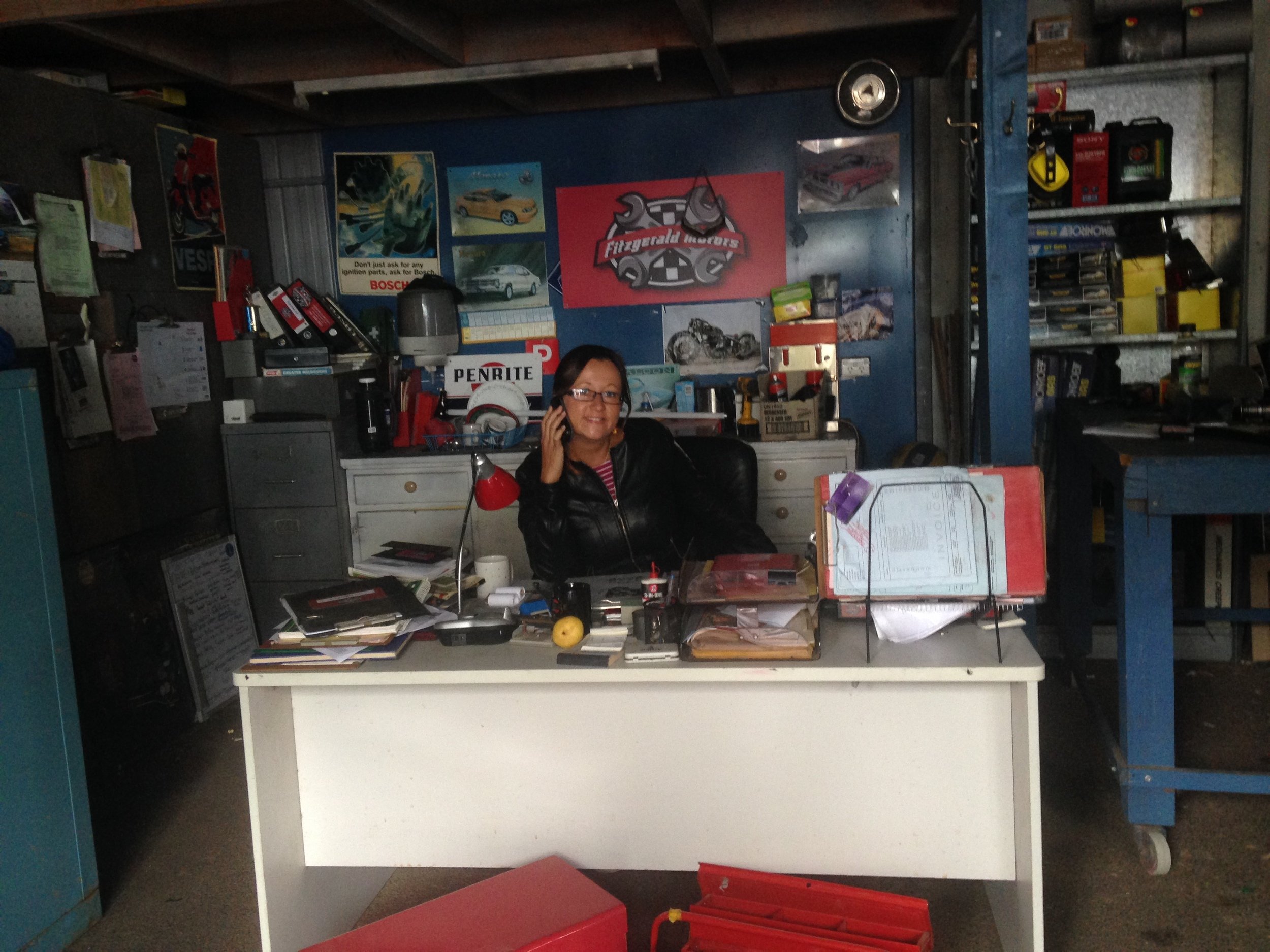 Next, the bus takes you to some of the sets where you can pose for pictures, including the antiques store, Grease Monkeys Diner, Fitzgerald Motors, Dial-a-Kyle and, of course, Erinsborough High. Our tour guide for the day was Jerry, who helped me get swept up in the excitement of the visit, reciting fun trivia about the set and cast – such as the fact 28,000 people have worked on the show in its 30-year history. After our drive around the sets and taking it in turns to pose in front of the shop windows, it was time to see the famous street itself. Tucked away down a little family estate near the studio are the houses of Harold Bishop, Karl Kennedy and friends. The film crew and cast are only there one day a week, as the rest of the time it is the same as any other street, with real people living there. As the cul-de-sac isn’t really called Ramsay Street, Jerry produces a street sign we can carry around and pose with in front of the various famous houses. Any inhibitions about feeling like a geeky tourist are lost when you join in with everyone else on the tour by posing with the sign at various different angles in order to get your money’s worth fromday. The last part of the three-hour day is the definitive highlight – meeting a star from the showNow, at this point I have to confess I haven’t watche

Neighbours in a while, so I was a little worried I wouldn’t actually recognise the cast member. But I shouldn’t have worried, as Jerry announced on our way to St Kilda – a beautiful seaside suburb of Melbourne – that we were going to meet Alan Fletcher, aka Dr Karl Kennedy. I couldn’t help but give a little squeal when I found out who we would be meeting and my excitement was definitely not met with disappointment. “Fletchy” really is the nicest person you could possibly meet and he spent ages posing for photographs and signing postcards for fans to take home and treasure. He answered questions, spoke about what it was like to star in the soap for so long and spoke about his music career. This is a brilliant tour for anyone, even if you ’re not a regular viewer of the show, and you ’ll come away with lasting memories and a story to tell. Which basically sums up Melbourne in a nutshell.

I was lucky enough to spend five days in the area and packed in some wonderful tours and sightseeing expeditions of the city. I photographed graffiti at the famous Hosier Lane, bought souvenirs at Queen Victoria Market, saw penguins as the sun set over St Kilda Pier, browsed antiques in Williamstown, sipped chardonnay while watching street entertainers on the Southbank and, of course, saw the 12 Apostles and the Great Ocean Road. The Great Ocean Road is another Aussie highlight not to be missed if you’re in Victoria – the state where Melbourne is located – as it is not only a chance to see the 12 Apostles, London Bridge and climb the Grampians, but you can also spot wild koalas. Now, I’ve been in Australia almost ten months but I’m ashamed to say I’d never seen a koala in the wild until this trip. Victoria has so many spectacular things to see and do and I know I could have done so much more, despite the fact I didn’t stop moving for five days. A trip to Melbourne and the surround is one of those holidays where you’ll feel like you need another holiday to recover, as there is so much to pack in, but that is the best part. It is a city where you’ll never be bored and you ’ll come away with souvenir boomerangs and lasting memories. You definitely won’t be disappointed!

Must see: The Great Ocean Road. There is a reason this road is so famous – the scenery. It is absolutely stunning from beginning to end.

Climate check: Visit anytime between September and March to take advantage of the sunny skies Down Under.

Say Goobye to One of Our Favourite Interns: Tomoaki Aono

Hi, My name is Tomo,  I’m an international student studying Travel and Tourism at William Angliss, and I’m from Japan. I did an internship for the marketing team of Bunyip Tours as a part of my curriculum....
Read More

Why we love the Great Ocean Road

At Bunyip Tours, we have won several awards in our time – including the Victorian Tourism Award Gold for best Major Transport and Tour Operator 2016 and Silver for best Major Transport and Tour Operator 2017. Now we have achieve...
Read More
OUR TOURS HAVE BEEN SUSPENDED - FOR NOW Get in touch via email to get notified as soon as we are back on the road! Contact Us