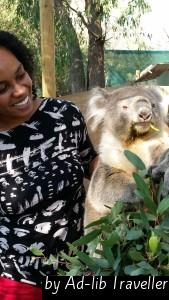 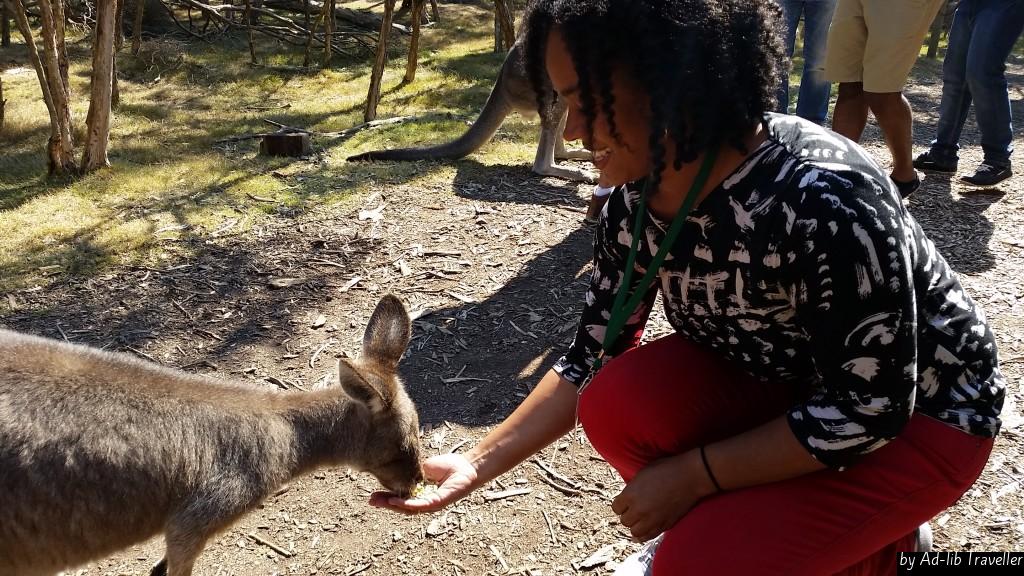 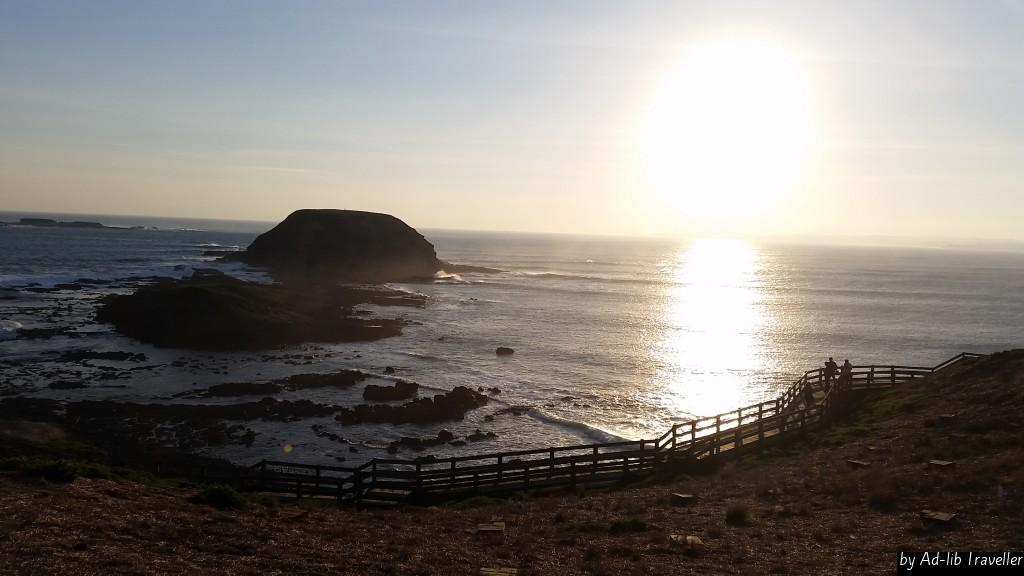 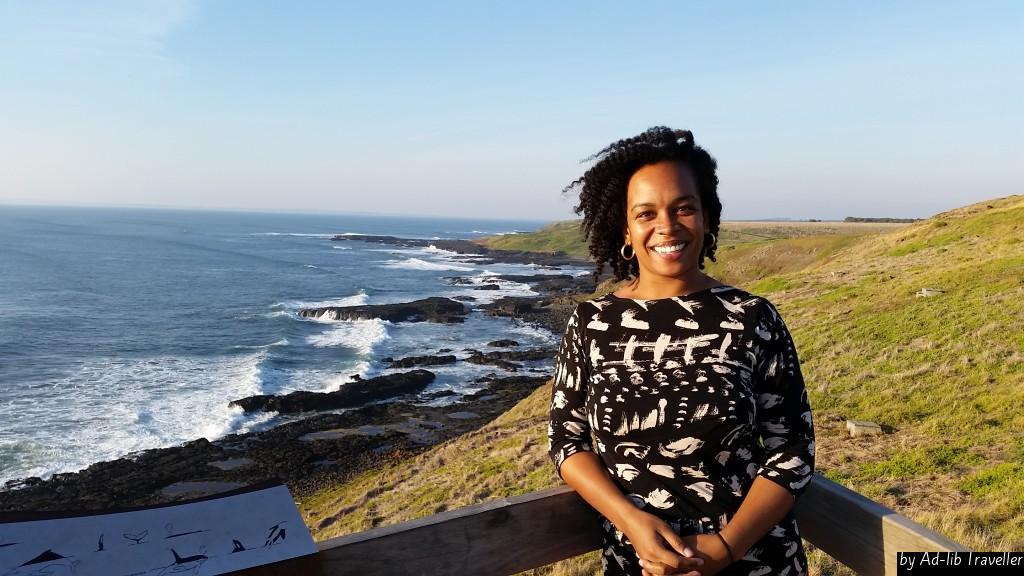 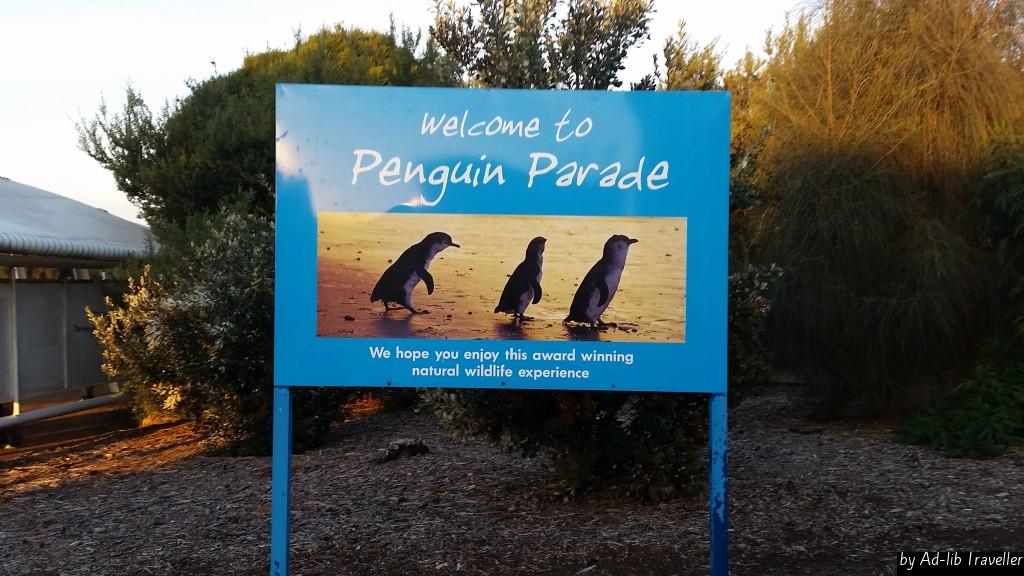 Bunyip Tours of Melbourne run various tours across the Australian landscape to offer maximum exploration and insight to travellers with an urge for wanderlust.

On my first full day in Melbourne, I joined a group in Melbourne to participate in the Phillip Island tour.

The package with Bunyip Tours includes collection from your hotel on the morning of the trip before setting off on the road. Collection from Space Hotel is at 10.30am and already I had the good fortune to meet people from my hotel that would also be taking part in the tour.

Pete arrived in a bus and announced his role as driver and tour guide for the day.

We then continued to collect other passengers around the city before heading onto the highway to commence our tour. At this point we also had an icebreaker of introductions around the bus to get the day started.

The drive out of the city can take a whole depending upon traffic, however Pete regularly updated us along the route with details about Melbourne or particular attractions as we passed them.

Now, one of the main things that we learnt quite quickly is that the Bunyip Tours offer much more than is initially advertised. For example, this tour highlights Phillip Island, however we also witnessed other spectacles alone the way that made it a complete experience.

Our first stop was the Churchill Centre to observe sheep shearing. It’s also a farm aimed at children but despite it being the Easter holidays, it wasn’t too busy and we were able to enjoy learning about the animals and their behaviour. There was also a chance to observe the sheep shearing carried out by staff with the assistance of a dog called Billy, a 3-year-old Border Collie.

The sheep shearing process was explained in full detail; from the different types of shears (including historic versions that were steam powered), to appliances used by the sheep shearer like the shearers sling (used to relieve pressure on the shearers back from shaving sheep all day). Visitors are offered a full insight to each step of the process and it’s relevance.

The centre is also home to other animals like cows, geese and a horse to name a few.

I preferred this option of seeing the animals in as more natural environment and they all appeared to be well cared for.

We then headed to the beach for a chance to walk along before the drive continued to the Moonlit Sanctuary Wildlife Park.

The Moonlit Sanctuary Wildlife Park is a fantastic reserve dedicated to the care of koalas, kangaroos, reptiles and birds to name a few. This is also the stopping point for a lunch of sandwiches that are included in the price of the tour.

I’m usually quite hesitant to visit animals and I dislike visiting zoos as a rule, however this was exactly why the Moonlit Sanctuary Wildlife Park appealed to me. The animals appear calm and happy as they roam in their natural habitats rather than being cooped into a cage. The centre offers a great way to learn about the animals and the tour offers enough time to get around to see the animals.

I’d recommend opting for the chance to meet the Koalas at the centre as this was a real highlight for me. Koala bears are quite difficult to spot on the rest of the tour but the centre offers controlled access to the animals without disruption to their routine. They literally enjoy eating their way through eucalyptus leaves whilst we position ourselves around them for a photo opportunity. I welcomed the emphasis being on the animals’ well being.

Pete then progressed the tour to The Nobbies located close to Summerland Beach.

There’s time to stroll along The Nobbies boardwalk and enjoy spectacular views along Phillip Island’s coast, as well as a chance to see the awesome blow-hole that roars when the sea is at its roughest.

The tour reaches its peak at Summerland Beach where the penguin parade takes place. The beach sees the highest concentration on penguins on the island due to highland around the beach for protection. It’s estimated that there is a population of around 28,000 penguins here.

My package included a ticket for Penguin Parade Plus that allows you to be closer to the penguins in the parade. Visibility varies depending upon the time of year and age of chicks, however the ‘Plus’ ticket pretty much guarantees that you’ll see the penguins as they gather to exit the sea and start their journey along the parade – a fantastic experience to witness.

There are no photos allowed at this point due to the sensitivity of the penguins to flash. It’s a risky process for penguins to exit the relative safety of the sea to cross the beach therefore distractions with human presence are unwelcome.

At the centre there is an estimation of when the penguins will be expected to exit the sea and pretty much to clockwork, at 7.45pm the first group exited to preen and make their way to the burrows where they stay before heading back out to sea just before sunrise. Overall it’s expected that between 500 to 1100 penguins can be seen on an average evening.

As this in the final stop on the tour, Pete then recollected the group for the drive back to Melbourne.

Overall, I found the tour to be fantastic. It’s a jam packed route that leaves no stone unturned. From the moment of boarding the bus to the return to Melbourne, there’s such an exchange of information and insight to the many stop offs that just can’t be achieved otherwise.

Let Bunyip take you on a journey to discover the one of Victoria’s most loved and cherished natural attractions on our 1 day Phillip Island Ultimate Day tour or our Phillip Island Penguin Parade Afternoon Tour.

What’s on in Melbourne this month – February 2020

Melbourne is ready to welcome visitors, so here’s a quick guide to what's on in Melbourne this month. Melbourne’s summer holidays are winding down, but there is still plenty of fun to be had in the city. And hopefully plent...
Read More

This week we caught up with Sabrina Bow from the Penguin Parade on Phillip island to learn about the Parade and what makes being a park ranger such an amazing job!
Read More

Bunyip tour guide Alex has given us his Top 5 reasons to visit Phillip Island! Our Phillip Island tour is all about amazing animals and beautiful beaches! Get up close to native Australian animals at Moonlit Sanctuary, discover...
Read More
OUR TOURS HAVE BEEN SUSPENDED - FOR NOW Get in touch via email to get notified as soon as we are back on the road! Contact Us