12 unique Things To Do in Melbourne

Home / Blog / 12 unique Things To Do in Melbourne

12 unique Things To Do in Melbourne

Teeming with green spaces, wide tree-lined boulevards, and a vibrant cultural scene, it is little wonder that Melbourne is regularly voted one of the most liveable cities in the world. Combined with a low population density, its array of public parks, gardens and open spaces ensures the city avoids the feeling of claustrophobia that envelopes so many other urban centres.

Yet it is not just space that sets Melbourne apart, but its eclectic mix of tangible qualities: dotted around the city are prestigious boutiques, high-end retailers, grand hotels, historic theatres, heritage architecture and some of Australia’s tallest buildings. It is also a cultural hotspot, with some of the best live music and comedy in the world, as well as superb gastronomy in its restaurants, pubs and wine bars.

Most people who visit Melbourne – and indeed its counterparts across Australia – travel far to do so, and tend to spend at least a week or two here. Even a trip of that length would only enable you to enjoy a fraction of what the city has to offer. It makes the imperative to plan your stay carefully even greater, and below you will find our tips for how to do so.

For all of its natural beauty and bustling night life, the first port of call for many visitors to Melbourne is the set of iconic soap opera Neighbours. The television drama, which was first broadcast in 1985, remains an enduring favourite with people of all ages and the chance to see the actual place where it is filmed can be hard to resist for those who spent much of their childhood watching the show. Local tour company Bunyip offer a choice of two excursions: a weekday tour which takes you to the fictional cul-de-sac Ramsay Street (where all the characters live) and to meet and have photos taken with a past or present Neighbours star, and a weekend-only tour which offers an access-all-areas experience, taking you into the inner sanctum of the show. 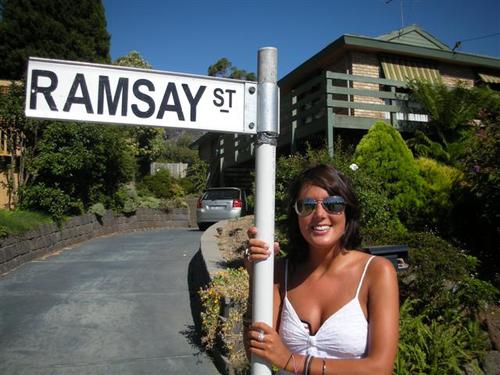 The Great Ocean Road is an incredible scenic drive near Melbourne, with coastal views and incredible lookouts along the way.  Here's six top lookouts to stop in at on your journey. Urguhart’s Bluff (...
Read More

Last week my brother and I decided to spend a day exploring outside of Melbourne City and check out the Great Ocean Road. After umm-ing and ahh-ing we decided a day guided tour would be best. We were both really tired and didn’t...
Read More

Have you visited Mt Bishop at Wilsons Promontory? The highlight of our day tour from Melbourne is the the panoramic view of the beaches, forest and offshore islands that make up this
Read More