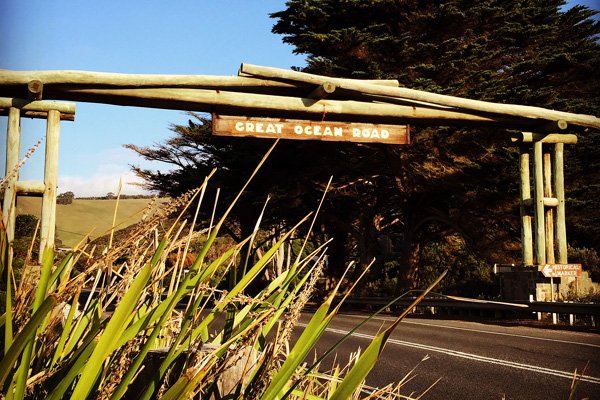 The Great Ocean Road is one of the top ten drives in the world and the 12 apostles are one of the most visited attractions in Australia. There’s so much to see on this amazing coastal drive which stretches 243 kilometres along Victoria’s south coast from Torquay to Allansford.

Shortly after the town of Airey’s Inlet along the Great Ocean Road you’ll come across the famous Memorial Arch, one of the most photographed spots on the journey and for good reason.

The Great Ocean Road was built in memory of the Australian’s that lost their lives in the first world war and Memorial Arch was built to honour the 3000 service men that worked on and Built the road from 1919 to 1932. 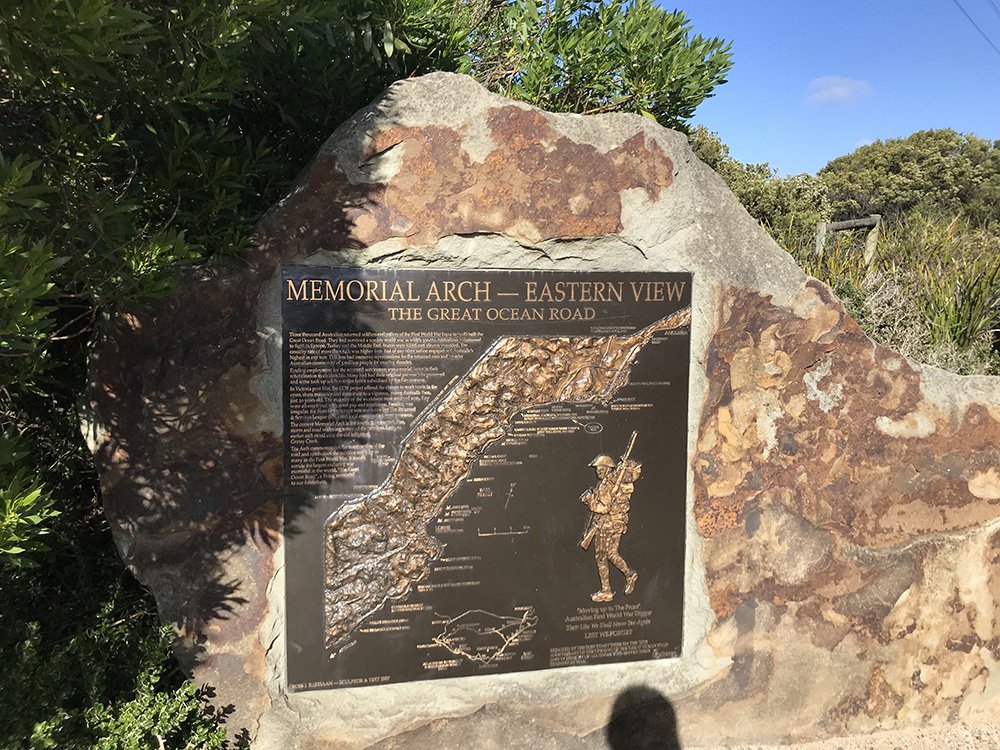 The current arch is the fourth version that has been built. It was one of the original toll points where money was collected from those travelling along to reimburse the cost of the construction. They took the toll point down once costs of building the road were paid off and made the second version out of mostly wood.

This version was burnt down in the terrible 1983 Ash Wednesday bush fire tragedy and shortly after a 3rd version was constructed out of mostly metal to hopefully prevent it’s destruction in the event another terrible fire occurred.

Unfortunately, it wasn’t a very attractive construct of the Arch and one day a truck “accidentally” ran into the side of it and destroyed it. This led to the fourth version being constructed which is still there today. The Great ocean road sign that sits atop the arch is still the original sign that was created.

The Arch is easily accessible with a car park on the ocean side only a short drive after Airey’s inlet and the famous pole house.

There is a sculpture on the south side of the arch of two men working on the road and commemorative plaques for the arches built and also plaques for the 50th and 75th anniversary of the road’s opening as well as an information board.

Neighbours, everybody needs good Neighbours”. This song sticks in my head throughout the day, as I embark on what is possibly the greatest adventure of any soap fan’s life. A trip to the Neighbours set and mee...
Read More

The last three days were a-ma-zing! I went on a three days/two nights Great Ocean Road & Grampians (a national park)tour with Bunyip.It all started on an ...
Read More