Visit the Otway National Park on the Great Ocean Road

Visit the Otway National Park on the Great Ocean Road

The Great Ocean Road is one of the top ten drives in the world and the 12 apostles are one of the most visited attractions in Australia. There’s so much to see on this amazing coastal drive which stretches 243 kilometres along Victoria’s south coast from Torquay to Allansford.

The Otway Rainforest and National Park will be one of the main attractions along the way.

The Great Otway National Park covers a large area from Torquay at the start of the Great Ocean Road all the way through to Princetown at the end and as far north as Colac. Sights and attractions are scattered throughout and are plentiful wether you are on a day trip or taking a few days to explore. 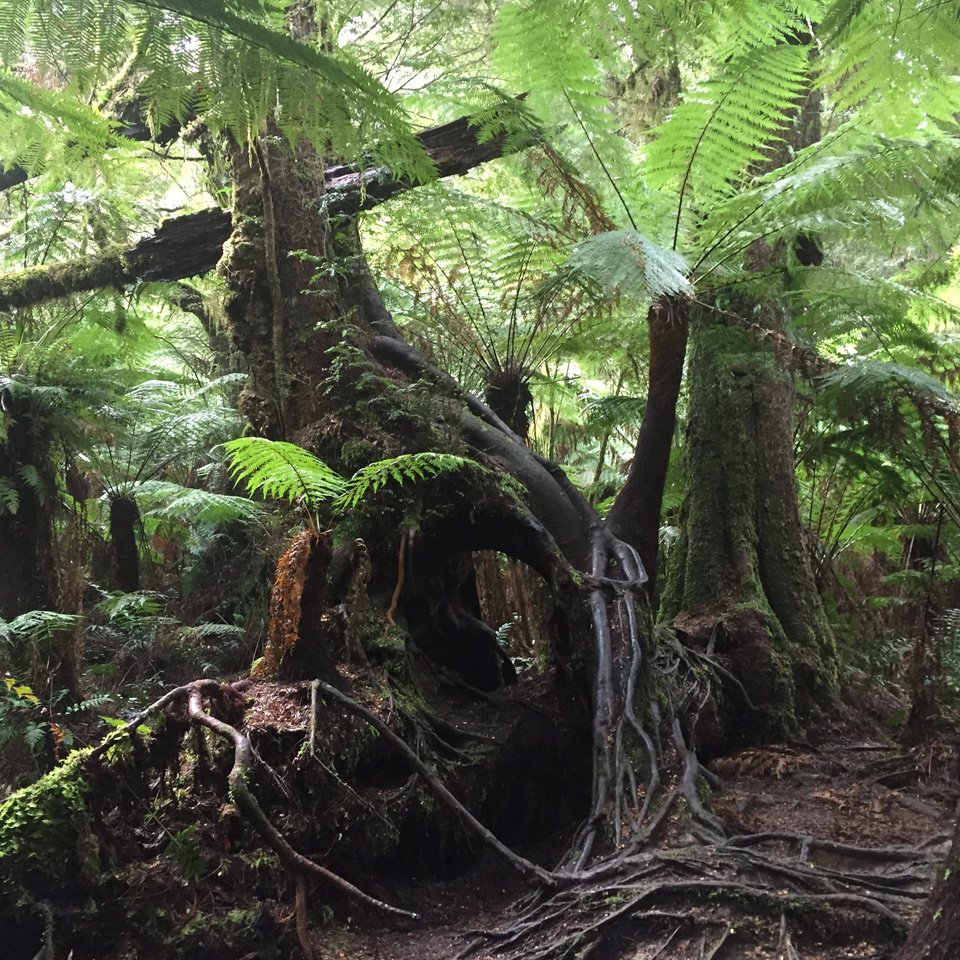 Millions and millions of years ago the Otway ranges were within the Antarctic circle and some very interesting Dinosaurs called it their home. The Leaellynasaura amicagraphica and Timimus hermani were two of these Dinosaurs  and don’t worry we won’t judge you if you can’t pronounce that! The last fossil that was discovered in the Otways was a 43 centimetre femur near dinosaur cove back in 1991!

The original indigenous inhabitants of the Otways were the Gadubanud people. The area was a plentiful source of food such as fish, plants, vegetables, animals and shellfish. Warm clothes were often made out of Possum hides in the winter months to keep warm.

Named after George Bass –  the Bass Strait is the stretch of coastline between Victoria and Tasmania. The journey via ship from Europe and New South Wales was a 3 month or longer journey and this stretch of coastline was a very important part as it was extremely dangerous.

It was so treacherous that it was known as threading the eye of the needle and the end of the Great Ocean Road near the 12 apostles is now known as the shipwreck coast. 15 kilometres of safe passage was all there was available to navigate your boat between submerged rocks. This might sound like a lot nowadays but in the 1800’s without the luxuries we have today such as satellite navigation it was a lot more difficult to accomplish!

Just off the coast of Cape Otway was one of the more risky parts which lead to the construction of Cape Otway Lighthouse in 1848. Currently it is the oldest standing lighthouse in Australia and considered the most significant.

In the 1880s the European settlers began clearing the Otway Rainforest and a railway line was established from Beech forest to Colac and later Crowes and Saw Mills were created along the route. Fast forward and today all timber in the area comes from plantations and the railway is now a frequented cycling and walking route.

What is there to see and do?

Many different animals call the Otway national park home including some of Australia’s favourite creatures. There are a few places that are better than others for viewing and getting those awesome travel photos.

Kangaroos can best be viewed in Anglesea and also the caravan park in Princetown. They are most active at dusk and dawn so this is the best time to try and catch a glimpse of them.

Out the back of Kennet River up a dirt track known as Grey River road is a great spot for Koala Viewing. Only a short drive along and you should find yourself amongst a few of them with any luck. Another great spot is on Mannagum drive just off lighthouse road on the way to Cape Otway lighthouse. Fewer people should be here making for an intimate viewing experience.

May to October Whales can often be seen off the coastline during breeding season. They can be spotted from most vantage spots along the coastline depending on your luck.

One of the world’s only carnivorous snails – the Otway Black snail can best be viewed after rainfall. It can be seen on the floor of the rainforest hunting invertebrates and worms. They are distinguished by their shiny black shell and are roughly 25 centimetres in diameter.

A stroll through the Rainforest breathing in some of the freshest air available is probably on the top of your list when visiting the area. Melba Gully and Maits rest are two of the best spots for doing so. You’ll feel dwarfed amongst the massive Mountain Ash trees, Eucalypts and ferns. 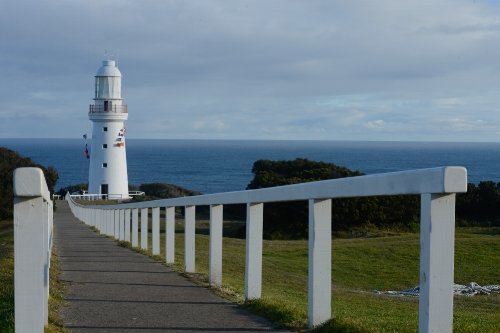 Australia’s oldest still standing lighthouse offers amazing views off the coast from the top after ascending the stairwell inside. Many ships wrecked of the coast here which led to the building of the lighthouse in 1848. There’s a cafe which is an extremely scenic spot to grab lunch, a cultural centre and walking trails to explore. If you’re lucky enough you might even spot whales from up the top of the lighthouse!

This is one of the most scenic ways to experience the great ocean road. The Great Ocean Walk begins at Apollo bay and finishes at the stunning 12 apostles. Itineraries last from one up to eight days and allow you to see this spectacular stretch of coastline on foot.

One of the less frequented spots probably due to being an hour inland from the coastline Lake Elizabeth is definitely something to add to your itinerary if on a multi day trip. An unpaved road leads down to the campground and the start of the walk to the lake.

A 20 minute atmospheric walk will get you to the lake and then you can also walk to the “beach” and around the lake depending on how long you want to spend here. One of the biggest drawcards of Lake Elizabeth is that it is one of the better places to hopefully catch a glimpse of one of Australia’s coolest creatures – the platypus.

Dusk and dawn are the best times to spot them on the waters surface as this is when they are searching for food and they can spend up to 17 hours a day resting in their burrows. Kayak tours are also operated here which gives you an even greater chance to view them as well as glow worms.

Make the Otway national park part of your journey on a 1, 2 or 3 day tour!

It has been my dream to visit Erinsborough since I was a little kid. Today was the day it finally happened. At 10:00 am, I departed
Read More